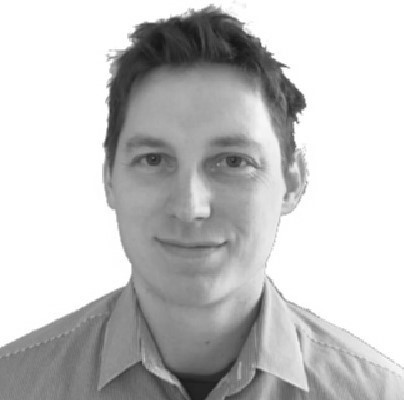 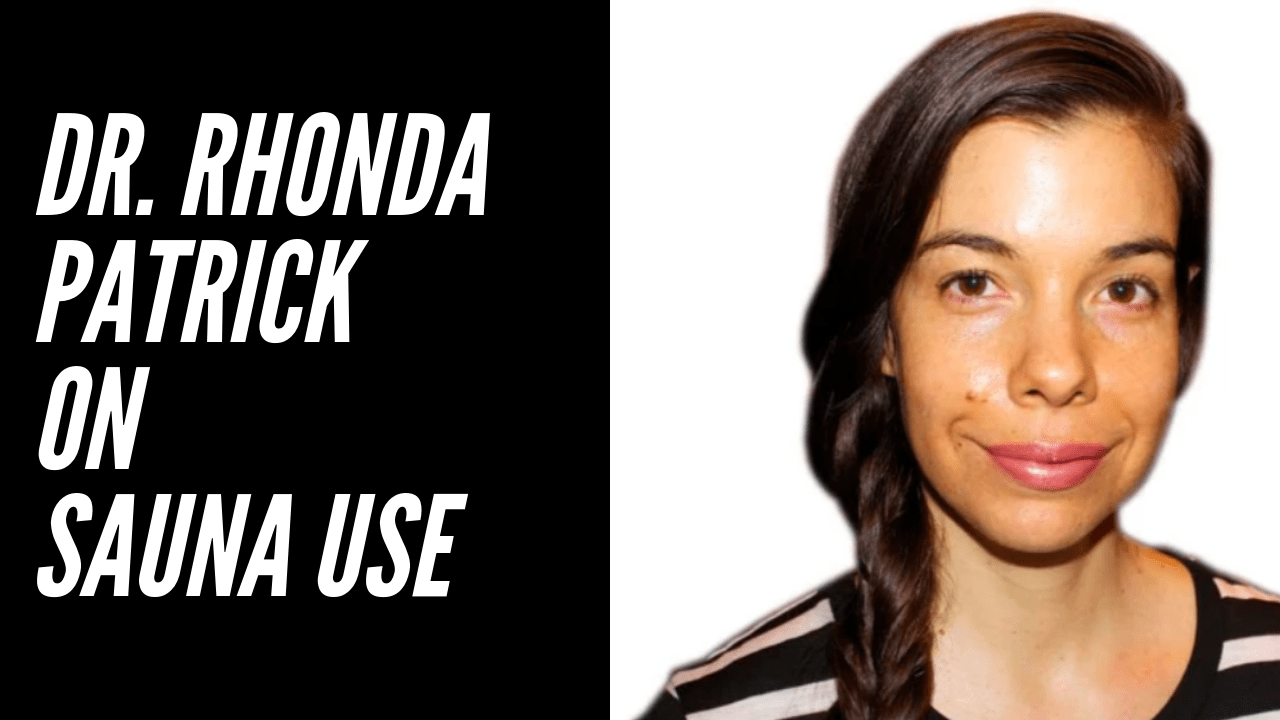 Dr. Rhonda Patrick has been making waves in the field of healthy aging.  With a PhD in biomedical science and a Bachelor’s of Science degree in biochemistry/chemistry she is an expert and vocal spokesperson for health research.  One of her recent focuses is on the health impacts of saunas.  She has been a regular on the Joe Rogan Podcast and very high profile with her website Found My Fitness.

She has been writing about the possible health benefits of sauna and the links to decreasing mortality rates.  Soon after, people began to notice she was on the right track.  Since then further studies backed her up. “There is a link between sauna use and all cause mortality,” says Patrick.  There was found to be a strong correlation between sauna use and all cause mortality.  An additional factor was how long each sauna session lasted.

Dr.  Rhonda Patrick has an expertise in aging, so longevity was a major area she looked into.  There were large clinical studies on the effects of sauna and the results stood out to her:

There are no studies on infrared vs traditional saunas and longevity.  However, she admits it is possible infrared saunas have the edge.  This is because it is easier to stay in an infrared sauna longer.

Using the sauna 4-7 times per week associated with a 40% lower all-cause mortality. Might be the HSPs! – Dr. Rhonda Patrick

The combination of the higher heat sauna and the cold water plunge is pretty typical in places with strong sauna culture such as Finland and South Korea.  There is also a lot of evidence to back up the benefits of ending a workout with a sauna session and then a cold plunge.  The sauna use increases the Growth Hormone from the workout, protects against free-radical damage after a heavy workout, and aid in muscle regrowth.  The cold plunge  When working out we create muscle but also free-radicals in the process and saunas help protect us from this.  The cold plunge does more than wake us up.  It compounds the positive results of the workout and sauna session.

Sauna and the Brain

One of the more interesting connections Dr. Rhonda Patrick found between sauna and health had to do with the positive mental effects of the sauna.  Again research backed sauna use with positive outcomes backed with scientific explanations.

Sauna and Brain Power and Focus

Sauna use causes the brain’s activation of the sympathetic nervous system and the hypothalamic-pituitary-adrenal (HPA) axis which leads to a release of norepinephrine (aids the ability to focus) and prolactin (allows for faster brain function) while diminishing the amount of cortisol.

One study demonstrated that men that stayed in the sauna that was heated to 80°C (176°F) until subjective exhaustion increased norepinephrine by 310%, had a 10-fold increase in prolactin, and actually modestly decreased cortisol.  Similarly, in another study, women that spent 20-minute sessions in a dry sauna twice a week had a 86% increase in norepinephrine and a 510% increase in prolactin after the session. –Dr. Rhonda Patrick

This has some people looking towards sauna as a possible ADHD treatment as Rhonda Patrick mentions:

In addition to increasing norepinephrine, heat acclimation has actually been shown to increase biological capacity to store norepinephrine for later release.  In light of the fact that the norepinephrine response to exercise has been demonstrated to be blunted in children with ADHD and that norepinephrine reuptake inhibitors (NRI) are frequently prescribed to treat ADHD (among other things), use of heat stress and subsequent acclimation should be tested for it’s effectiveness as an interesting alternative therapeutic approach. –Dr. Rhonda Patrick

It might be maybe possible to tie these results to the high scoring and ultra successful Finnish school system.  Finland is generally considered the capital of sauna culture with around 2 million saunas and 5. million people.  Maybe this is a link that needs to be explored further?

Sauna and Anxiety and Depression

There are applications of sauna that Dr. Rhonda Patrick seems to believe may help curb our rising rates of anxiety and depression.  There are various studies and explanations supporting this as Dr. Patrick explains:

Heat stress has been shown to increase the expression of brain-derived neurotrophic factor (BDNF) more than exercise alone when used in conjunction with exercise. This is important because BDNF increases the growth of new brain cells as well as the survival of existing neurons. An increase in neurogenesis is thought to be responsible for enhancing learning. BDNF’s role in the brain is also to modulate neuronal plasticity and long-term memory, while also having been shown to ameliorate anxiety and depression from early-life stressful events.  –Dr. Rhonda Patrick

Additionally she believes that beta endorphin levels can be a contributing factor in improving mental health.  Studies have backed up that saunas increase the rate of beta endorphins in the body.

“Endorphins are endogenous (natural) opioids that are a part of the body’s natural painkiller system, known as the mu opioid system, which block pain messages from spreading from the body to the brain in a process called antinociception. What is lesser known is that the body also produces a peptide known as dynorphin (a “kappa opioid”), which is generally responsible for the sensation of dysphoria. The discomfort experienced during intense exercise, exposure to extreme heat (such as in a sauna), or eating spicy food (capsaicin) is due to the release of dynorphin. The release of dynorphin causes an upregulation and sensitization of mu opioid receptors, which interact with beta-endorphin. This process is what underlies the “runner’s high” and is directly precipitated by the discomfort of physical exercise. Translation: the greater the discomfort experienced during your workout or sauna, the better the endorphin high will be afterward. Now you understand the underlying biological mechanism that explains this. –Dr. Rhonda Patrick

We can look once again to sauna-happy Finland which has been once again ranked as the happiest nation on earth by The World Economic Forum.  While there is a perception that Finland suffers from high suicide rates, it is actually ranked similar to the USA despite much longer and darker winters.

Something else that Dr. Rhonda Patrick is interested in is how sauna use impacts muscle growth (hypertrophy).  She outlines her beleifs and findings in this guest-posted article.

According to Dr. Patrick this comes as a result of three factors: induced heat shock proteins, induced growth hormone, and improved insulin sensitivity.

Exercise induces both protein synthesis and degradation in skeletal muscles but, again, it is the net protein synthesis that causes the actual hypertrophy. When you exercise, you are increasing the workload on the skeletal muscle and, thus, the energetic needs of your muscle cells. The mitochondria found in each of these cells kick into gear in order to help meet this demand and start sucking in the oxygen found in your blood in order to produce new energy in the form of ATP. This process is called oxidative phosphorylation. A by-product of this process, however, is the generation of oxygen free radicals like superoxide and hydrogen peroxide, which is more generally referred to simply as “oxidative stress”. –Dr. Rhonda Patrick 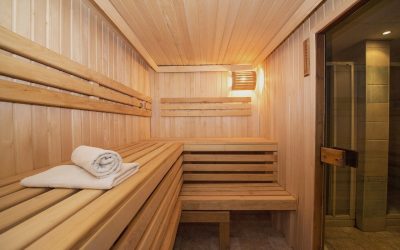 Blood pressure is one of the biggest health threats in the western world, often called the “silent killer”, high blood pressure puts a strain on cardiovascular systems leading to higher risk of a heart attack or a stroke.  It’s good news that an Australian study has... 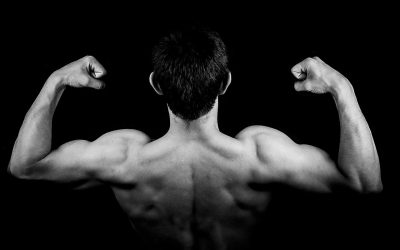 Interest in sauna culture and usage has seen a rapid growth in recent years for a multitude of reasons.  This interest coincides with an interest in many health related topics such as Human Growth Hormone also called HGH.  What is less often discussed is the... 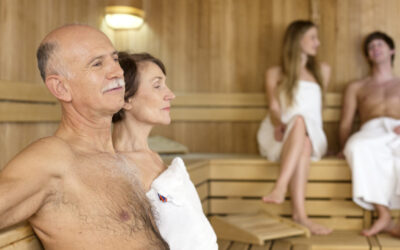 With the large Boomer generation starting to enter older age more and more people are becoming concerned with the issue of age related dementia and how to avoid it.  The good news is that JAMA has confirmed dementia rates are dropping relative to age due to better...